Press Enter to Search
A selection of projects I have built.

Welcome to my natural building portfolio. Here you will find a selection of projects I have completed.

A tiny home created in the Oregon woodland. Produced chiefly from reclaimed materials or those grown on site.

In this project I created a tiny home in the woods of Oregon.

The project began with an idea: by reducing the size of a house, we actually increase the space we live in. Having a smaller home forces us outside and into nature.

My aim was to make a well built cabin cheaply; using material destined for the landfill as much as possible.
I feel that much of the western world has become a ‘throw-away’ society. No longer do we repair our belongings when they wear out or break, but instead we thrown them away and buy new ones. I think knowledge of the value of materials is being lost. Building in this way also forces me to use techniques and materials I am not familiar with, so increases my ability and knowledge.

I wanted the tiny home to be small, with room enough for only a bed, desk and small wood stove for winter heat.

I decided on the geodesic dome as the shape for my cabin. I stayed in a beautifully crafted 30-foot wide dome house a few years ago in Dunster, BC and it made a deep impression on me. The lack of empty corners meant that I felt enveloped by the space in a unique and comforting way. For more practical reasons, the dome structure could cleverly be produced from reclaimed materials.

Aprovecho (http://www.aprovecho.net/), a sustainable education and research center in Oregon gave me permission to build my cabin on their land.

Construction of the tiny home

To begin the project I constructed a nine-foot, ten sided deck using wood salvaged from a torn down shed and concrete pier blocks that were found on site. I built small walls, known as ‘pony walls’ to raise the dome so the occupant could stand in the middle. I then built the dome structure from pallet wood fastened together using plumbing wire around hubs made from PVC pipe.

I decided to add a roof on top of the dome for a number of reasons: I worried about effectively waterproofing all of the dome’s angles; I wanted to provide some shading for the windows in the summer; and I wanted to earthen plaster the outside – so I’d need an overhang to protect the plaster from the long Oregon rainy season.

to waterproof the roof, my plan was to use an old billboard canvass. Sadly I wasn’t able to track one down before the rains were upon us, so I had to succumb and purchase tarpaper.  I finished the roof with salvaged cedar shakes. A friend had collected a pile of semi-rotten shakes with the intention of using them as fuel. He was happy to let me rummage through them until I found enough good ones to finish the roof.

To insulate the dome I used a combination of materials. I reclaimed rigid foam from a pile of deconstruction waste. After I ran out of that I used a “slip chip” made from wood shavings coated with clay slip and packed into a form. I was also interested to try using sheep’s wool as insulation because it is a natural, inexpensive insulating technique and sheep are abundant in the area. At a farmer’s market, I learned about a local woman who let me swap a days work on her land for six bags of her sheep’s wool. I then washed the wool to clean it, carded it to fluff it up, then sprayed it with borax to prevent insect infestation.

To finish the outside of the dome I collected vine maple from the surrounding forest and bent green branches around the structure. This acted as lathe to hold the earthen and lime plaster I smeared on as a protective skin.

I put siding on the pony walls in traditional board and baton style. I had left this detail for last because I wasn’t sure what material to use. Then I happened upon some off-cuts from a neighbor building a bathroom addition that just happened to be the exact size I needed, so the design finished itself.

I improvised lathe for the inside using some pegboard (with the smooth side against the insulation) reclaimed from a workshop. Next I held a workshop to teach earthen plastering both to educate some of the Aprovecho interns and to complete the big plastering job in one day.

Earthen plaster is often associated with smooth rounded corners, but I thought it would be fun to buck that trend and keep the triangles that make up the geodesic shape visible from the inside. The Earthen plaster was a mix of clay dug on site, plus sand and straw which was left over from a natural building project at Aprovecho

I wanted the outside to have a rustic feel and blend into the landscape, but once inside, I wanted a high-quality finish. Even though I made the cabin from reclaimed materials, I didn’t want the occupant to feel like they were living in trash, but instead surrounded by beautiful things that our society is too lazy to take the time to reclaim and restore.

To finish the inside, I paneled the pony walls with exterior siding salvaged from the same shed deconstruction as the decking. I spent a long time planing and sanding the siding to reveal the gorgeous wood grains. Then I finished them with linseed oil and bees wax.

I built the bed and desk from pine felled and milled on site. Aprovecho’s forestor, Matt, selectively harvests only a few trees a year to keep the forest healthy and logs them mostly using horse and human power.

I ran out of time before I could put in windows, but the cabin is livable for three seasons even without them. I plan to return and enlist the help of a local glasscutter to make triangular windows.

Due to fire restrictions on site I never installed the stove I had planned to put in.

The total build took about 2 months and I ended up spending about $200 on screws, nails, tarpaper and sand.

I was very fortunate to be building at Aprovecho and have access to their workshop, lumber and expertise. In the nearby town of Cottage Grove, an active and like-minded community gathers weekly for a farmers market in the local used book store. Those who I told about my project often offered materials, ideas or a helping hand.

If you are trying to build from reclaimed materials, being open and excited about what you are doing and speaking to whoever will listen is a great starting point for gathering materials. I’d also recommend keeping an eye on craigslist and community forums and dumpster diving. Also, sometimes simply asking for offcuts at constructions sites pays off.

While working on the dome I began to think about “pod living”. Sleeping in a “pod” bedroom like my dome and having central cooking, bathroom and social areas. Possibly having many pods in a co-housing style housing arrangement. This would mean the occupant must go outside and interact with the world around them more often, encouraging a lifestyle that is more connected with nature. For example, going outside between waking and eating breakfast allows them to notice the small, everyday changes in the seasons and catch many more of the special moments in a day: The brisk dawn, migrating birds or a salmon sunset.
When talking about this idea, many people bring up the cold and rainy days. These are the days when you would normally never venture outside, and so you miss many of these moments.

I also see pod living as a possible solution to my generation’s dilemma of homeownership. How do we live in our own homes without building up crushing debt and being stuck in jobs we hate for most of our lives. What if you could build a small affordable pod and join a like-minded community?

My cabin works well as a pod at Aprovecho, where the occupant has access to a communal kitchen, laundry and living spaces. I believe it functions best as part of a larger communal living situation.

Big thanks to all at Aprovecho for letting me build this on your beautiful land! 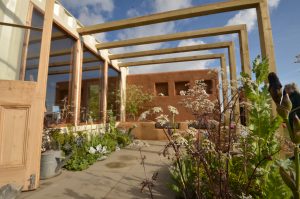 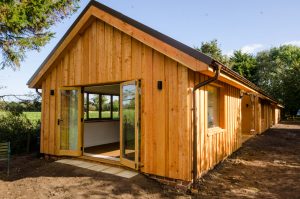 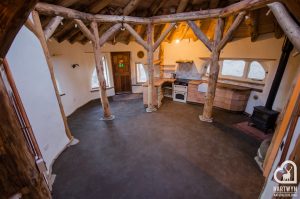 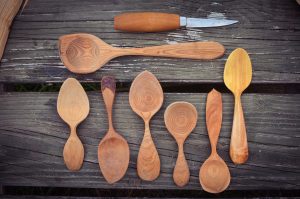 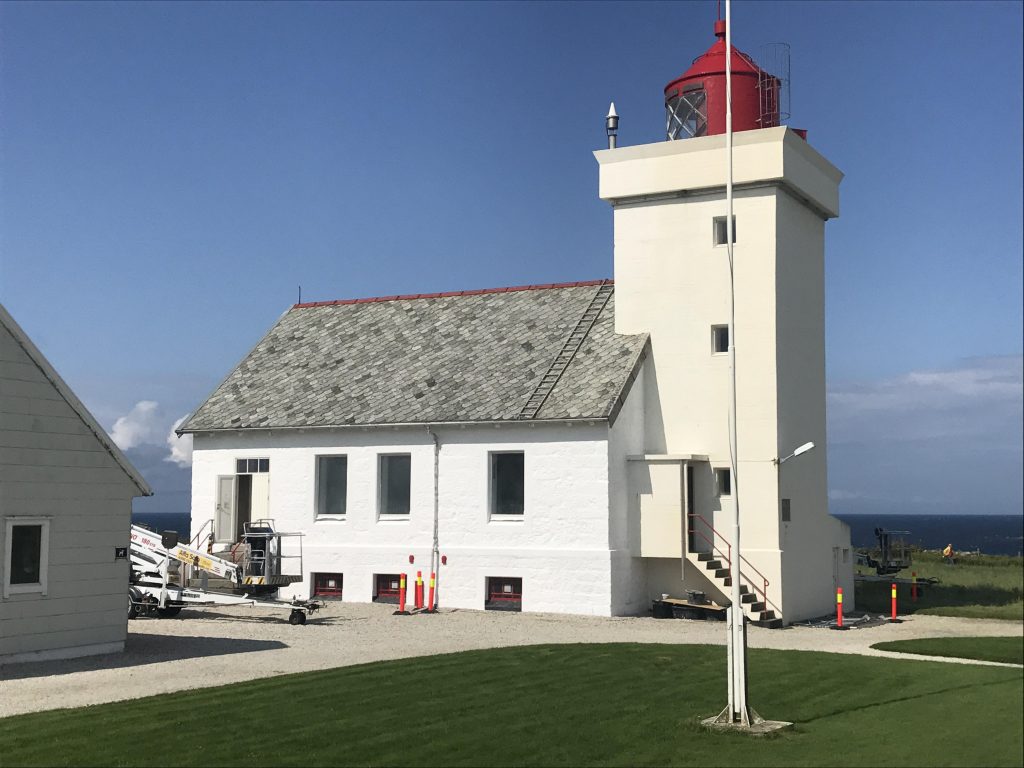 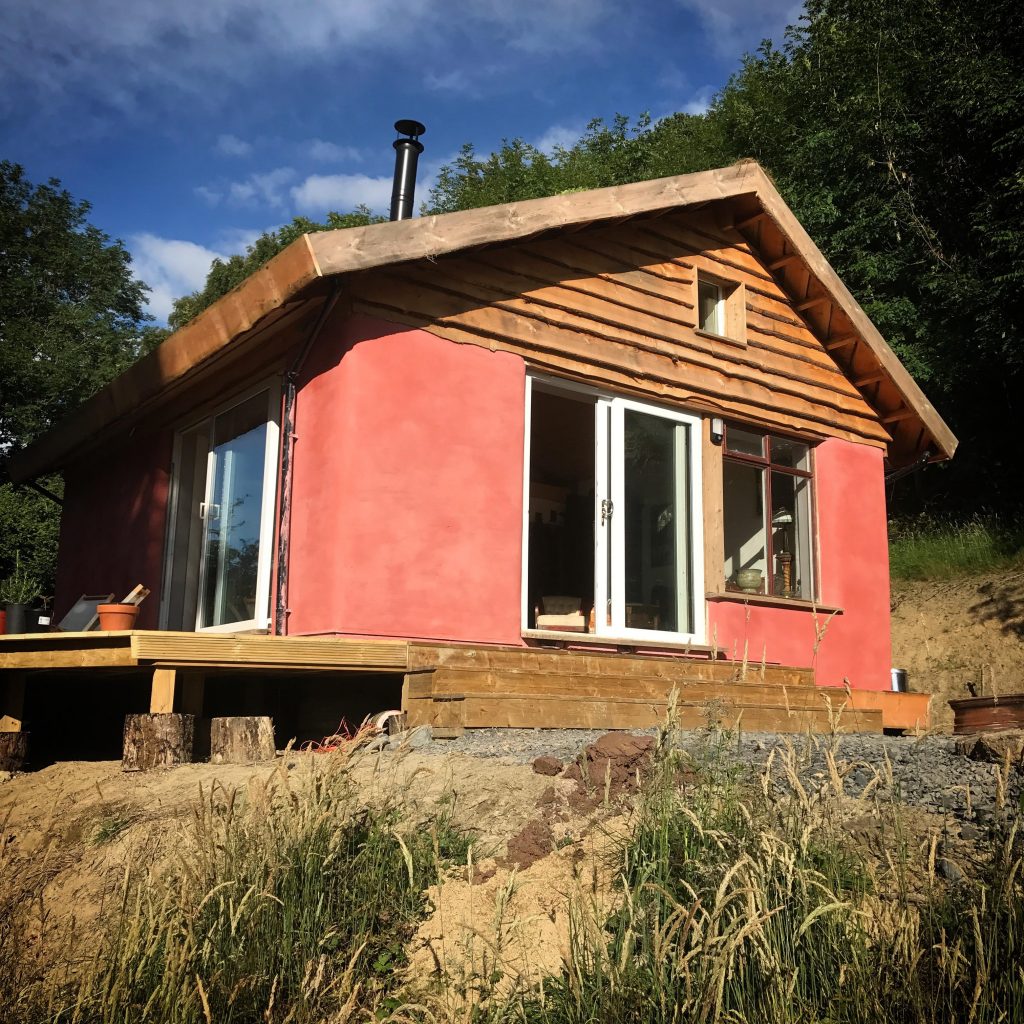 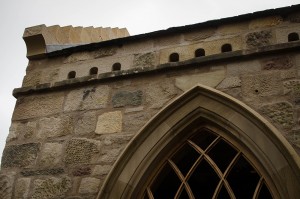 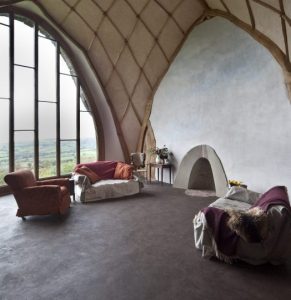